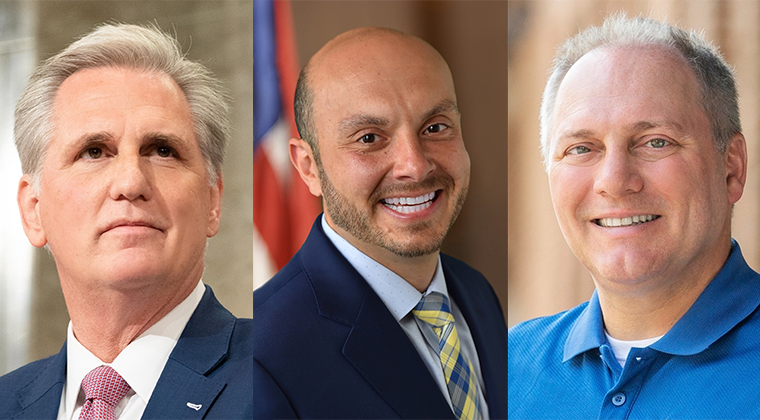 “The road to recapturing the Majority in the House and removing Nancy Pelosi as Speaker runs straight through New York’s 2nd Congressional District,” said House Republican Leader Kevin McCarthy. “Andrew Garbarino has been a strong ally in Washington, and fights hard every day to secure huge wins for Long Island’s South Shore. He has been a trusted partner, working to stop the radical Biden-Pelosi-Schumer agenda that is crushing working class families across the country and making America less safe. I look forward to continuing to work with him in the Majority come January 1st, 2023.”

“Through his first term, Andrew Garbarino has proven to be a fighter and one of the hardest working Members of Congress,” said House Republican Whip Steve Scalise. “Andrew is critical in the fight to take back the House so we can push back against the radical Biden-Schumer-Pelosi agenda, which has weakened our country and made life harder for everyday Americans. Together, we will continue standing up for working class families and fight to restore America’s strength.”

Congressman Kevin McCarthy proudly represents the Twenty Third Congressional District of California and serves as the highest ranking Republican Member of House leadership. Congressman Steve Scalise proudly represents the First Congressional District of Louisiana, and serves as the second-highest ranking Republican Member of House Leadership. McCarthy and Scalise are strong proven leaders who uphold the Constitution and advocate for the principles of fiscal discipline, lower taxes, a robust national defense, and conservative values.

“I am honored to have the strong endorsement of both Leader Kevin McCarthy and Whip Steve Scalise, the highest ranking Republican Members of House Leadership and valued partners in Washington,” said Congressman Andrew Garbarino. “I look forward to continuing to work with them to stop President Biden’s inflation, put money back in working class families’ pockets, make America more safe, and put our country back on the right track.”

Congressman Garbarino was first elected to Congress in 2020 in a hotly contested race to succeed retiring Congressman Peter King. The former private attorney and New York State Assemblyman is a member of the House Homeland Security and Small Business Committee. He resides in Bayport, NY.