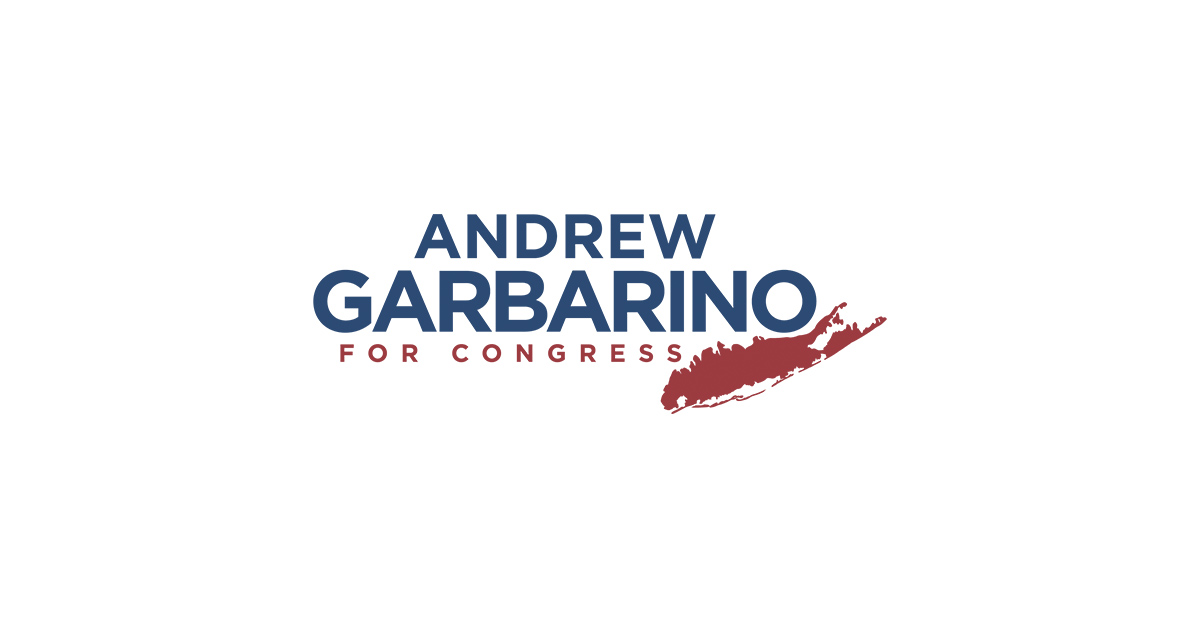 “To receive such definitive endorsements from Republican leaders across Long Island is an immense honor,” said Congressman Garbarino. “It has been a privilege to work so closely with these pillars of our community on the issues that matter most to New York’s Second District, from supporting our veterans to combating rising crime to strengthening our local economy. I look forward to continuing to work together – across federal, state, and local government – to make sure the needs of Long Islanders are being met.”

“Andrew Garbarino has had a tremendous impact during his first term in Congress. He has been a champion for the people of NY-2; fighting for small businesses, standing up for law enforcement, supporting parent’s rights and delivering real results for Long Islanders,” said Nassau County Executive Bruce Blakeman. “Andrew has my full support for another term in Congress, and I look forward to continuing our work together on behalf of our shared constituents.”

“Andrew Garbarino is a proven fighter for south shore communities who worked to defeat Biden’s disastrous Build Back Better plan and secure our border,” said Presiding Officer Kevin McCaffrey. “He will continue the fight to reduce record high inflation and gas prices and stand up for the men and women of law enforcement.”

“Congressman Andrew Garbarino has been a trusted partner in government, and an extremely strong advocate for our Town of Islip,” said Town of Islip Supervisor Angie Carpenter. “In his first term, he has made certain that our voices were heard in Washington, and secured substantial federal resources to address so many of our local needs. I fully endorse Andrew’s re-election, because together we will work to ensure Islip remains a great place to call home.”

“Andrew Garbarino is a common sense congressman who continues to deliver for Long Island,” said Town of Brookhaven Supervisor Ed Romaine. “He is a strong voice for his constituents who will work hard to reduce crime and support our police.”

“Congressman Andrew Garbarino is a dedicated and hardworking public servant who is committed to Long Island families and seniors,” said Town of Oyster Bay Supervisor Joe Saladino. “We can trust Andrew to stand up to the radical politicians in Washington that want to defund the police and hike our taxes.”

Congressman Garbarino was first elected to Congress in 2020 in a hotly contested race to succeed retiring Congressman Peter King. The former private attorney and New York State Assemblyman is a member of the House Homeland Security and Small Business Committees. He resides in Bayport, NY. Learn more at garbarinoforny.com.